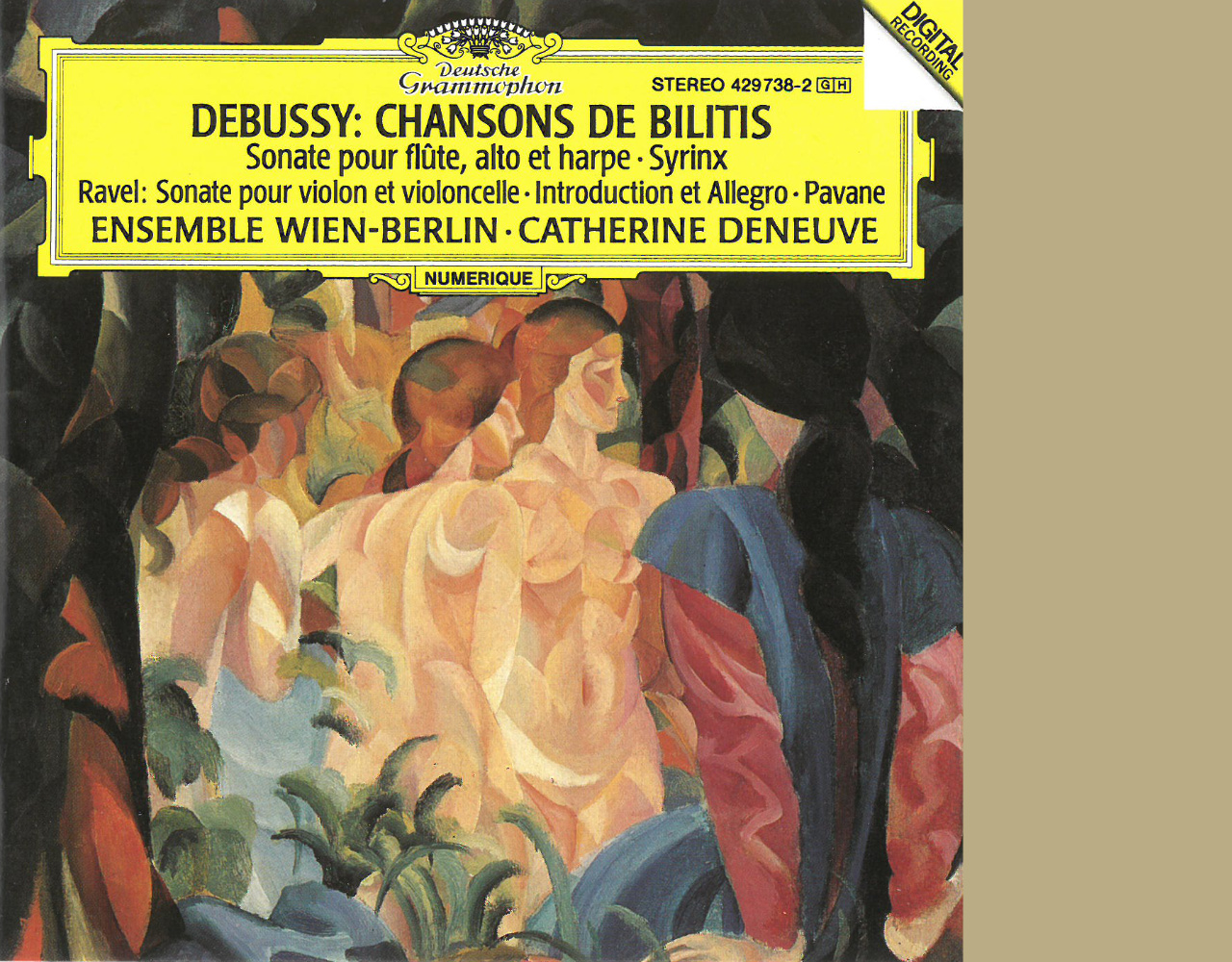 The Wien-Berlin Ensemble’s CD, recorded in the church of St Konrad in the Salzburg municipality of Abersee, benefits subliminally but substantially from Margit-Anna Süß’s two years of study with the legendary French harpist Pierre Jamet (1893-1991). As a young man Jamet had worked with Ravel, and especially with Debussy, at arranging the harp parts of their works, and had learnt at first hand how these composers had imagined how their works should sound on the distinctive timbre of this difficult instrument. Thus, alongside Ravel’s astringent Duo Sonata for violin and cello and Debussy’s magical flute solo Syrinx , we have two larger-scale compositions in which the harp has an important role to play: in 1905 Ravel included it in his Introduction and Allegro with flute, clarinet and string quartet, and ten years later Debussy combined it with flute and viola in a unique sonata.

As the poetical highlight the Wien-Berlin Ensemble plays Debussy’s Chanson de Bilitis , in which the great French actress Catherine Deneuve, no less, recites the sensual poem by Pierre Louÿs.