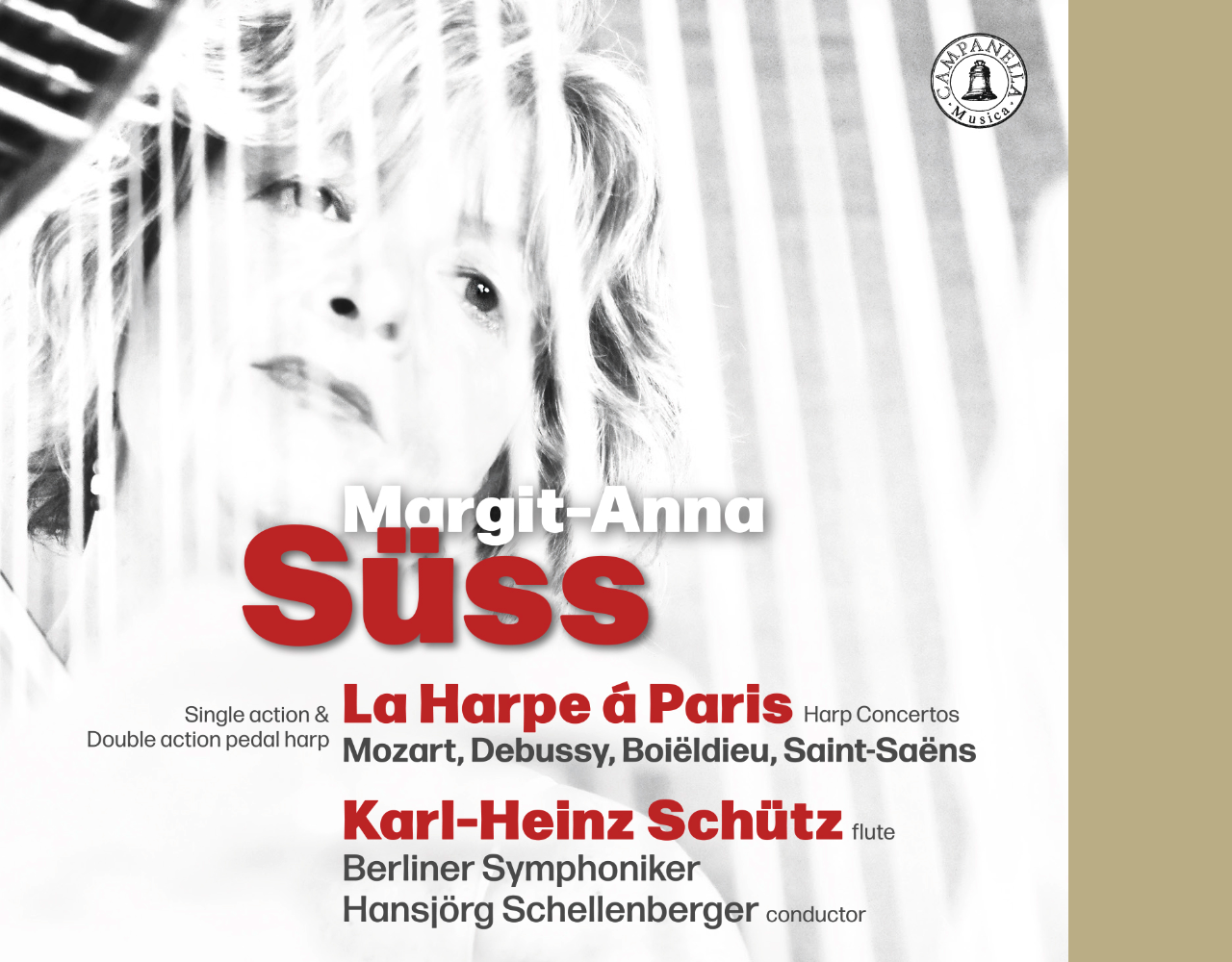 Paris – the city of so many dreams and promises – has its own special ring in the ears of harpists. In hardly any other place in the world has the harp been played so much, had so many compositions written for it and been so popular. It is no coincidence that all the great works for harp on this CD were written in Paris – for that is its home town.

Margit-Anna Süss has a busy international career as a soloist, chamber musician and teacher. A new recording of Debussy’s Danses sacrée et profane for harp and strings, in which she was closely involved, is about to be released by G. Henle Verlag in autumn 2022. An innovation is that her arrangement of the harp part returns to the original score for the first time.