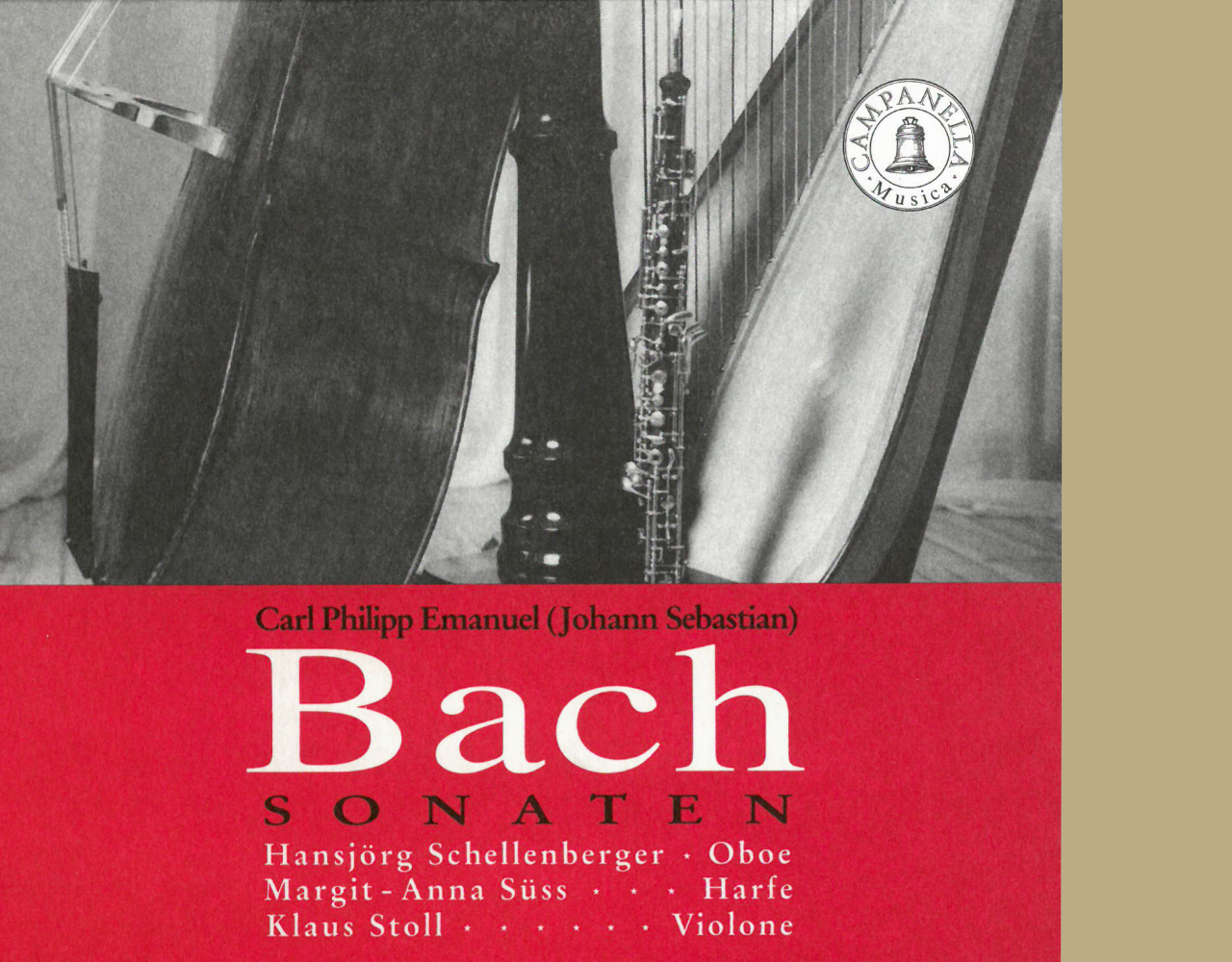 Father or Son? Sonatas by Bach

Well into the 18th century it was perfectly usual, if not universal, for flautists to be equally competent on the oboe and vice verse, at least if they were professional orchestral players. It was of course not necessary for an individual such as the King Frederick II of Prussia (“Frederick the Great”) to concern himself with both instruments; his composers could limit themselves to writing for the flute, the king’s favourite instrument. This is why Johann Sebastian Bach’s son Carl Philipp Emanuel Bach, while employed at the court of “old Fritz”, wrote a great deal for the flute including the demanding solo in A minor, though there was no reason why this piece would not suit the oboe equally well. In view of the fact that Carl Philipp Emanuel Bach also composed the solo sonata for harp recorded here, it is perfectly admissible to replace the usual continuo group by a more ambitious set of instruments, and here we have harp instead of harpsichord and violone replacing cello – with very special and delightful results.

The question of authenticity which may be raised by the occasional connoisseur or music-lover is soon dealt with. In the first place, in Bach’s time there was much more freedom to use whatever instruments were to hand, and, secondly, recent research has shown that the three flute sonatas known as BWV 1020, 1031 and 1033 cannot be ascribed to the great Cantor at St Thomas’s himself but in all probability to his son, who did contribute many a flute piece to the court of the Prussian monarch.
Purchase CD via jpc